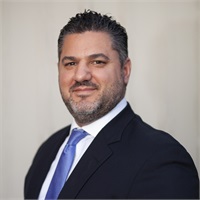 Ronnie has been entrenched in the world of finance since graduating from Loyola College (now Loyola University) in Baltimore in 2001.  He started his career in the financial capital of the world, the New York Stock Exchange, where he started out as a “runner” on its iconic trading floor.  He moved up quickly to become a “member” and a trader at LaBranche & Co., which, at that time, was the largest market-making firm on the exchange.    Over the next 17 years, he held various leadership positions both on the organizational level and within the exchange community.  As a senior trader, he was responsible for making markets in some of the world’s largest publicly-traded companies and maintaining direct communications with their CEOs and CFOs.  His reputation for integrity and respect helped solidify his position as a leader in the community, where he still maintains many personal and professional relationships.

Anyone who knows Ronnie will tell you that his real passion is helping people make positive strides in their lives, both personally and professionally.  With that in mind, he left his career on Wall Street to “get more personal” – leave the CEOs behind and get in the weeds with real people.  His endless intellectual curiosity, coupled with a desire to always seek out the most efficient outcome drives his high level of personal service in his client relationships.  He is an outspoken advocate for an emotion-free, goals-driven approach to financial planning and enjoys the challenge of finding creative solutions.

Ronnie lives in the Metro New York Area with his wife and daughter.  Ronnie enjoys spending time with family, the ocean, and traveling in his free time.